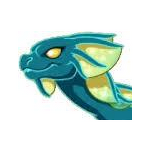 aka Some Random Dragon

Not done with this part yet...

I started  my park in September.

Combo I Used To get Rainbow: Blue Fire and Pollen (after tons of fruitless attempts with other combos, this one gave it to me first try)

Weirdest Random Combo Used To Get An Epic: I got Gold using Panlong and Palladium. I was only random breeding.

Favorite Dragon I Don't Have: Comet

Most Tries to get a Dragon: took 3 months to get midday in the co-op

Dragon I can't Stop Getting: Sun.

Favorite Opposite: Tie between Shadow and Frostfire

Favorite Gemstone: Ruby (Lapis is very close behind her)

Retrieved from "https://dragonvale.fandom.com/wiki/User:Halley_the_Comet_Dragon?oldid=1524829"
Community content is available under CC-BY-SA unless otherwise noted.