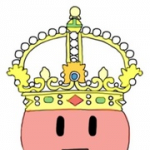 Greetings <insert name here> I am DragonTrainer53 have a good time on my page.

For Lala (not in order)

Long ago on hallows eve, a bone dragon was about to get out of its cave and scare the local villagers. But, as he was leaving, a mysterious bolt of electricity stuck him and he felt different. He could turn invisible, go through walls, and the villagers had no idea what it was. One bright young wizard by the name of Egon Stantz noticed the similarity to the bone dragon. In fact, it was almost the same just with a blue aurora surrounding it. He decided to call it the ghost dragon. And thats the story of the Ghost Dragon.

It's no wonder how this dragon got its name, it's long razor like wings indicate that it is more of a glider than a flier. This dragon has the unique ability to give frostbite if you feel it's frosty breath. Luckily, we found that if you hatch them and raise them in a park, they will show no sign of freezing your toes off. This will be one cool addition to your park!

One day in the small town of Vanloco, a giant volcano erupted covering the town almost completely in ash. The sky was black for weeks and the volcano ket erupting. One day the villagers saw a flaming object fly out of the volcano and crash in the local market. When they went to get a closer look, they saw it had a metallic appearance. Still to this day, you can see a molten dragon fly out of an erupting volcano.

This dragon gets its energy from the sun, that is why you will mainly see it facing the sun. It does this so it can store enough energy for cloudy days and storms. If you are lucky you might see a whole field of them basking in the sun. Just be warned that if you surprise it you may be showered by seeds and leaves.

This is one cool dragon, those who see it will be amazed. It gets its name because it has never been seen it the sun for more than five minutes. When it spreads its wings you see a spectacular feather pattern like no other. It is one of the fastest dragons known to wizards. This is a must have dragon for your park.

This Dragon most likely gets its name from the animal it shares characteristics with, that is if a wolf could fly and breath fire hot enough to melt metal. They can be fierce in the wild but tame one and you'll have a friend forever. Once you get one of these guys in your park, you might want a DragonInn, they've been known to howl at the moon and moon dragons.

Only found on nice, pretty, warm islands. This dragon has been known to doze off under a palm tree right next to a pile of coconuts. I would befriend this dragon, it is one of the most friendly dragons around.

This dragon is one lovely dragon, it is said that anyone who gets close enough to stroke this dragon will get the honor of taking off one if its hairs. Anyone, who combs themselves with the hair will receive beauty beyond their wildest dreams! Legend states that the beauty dragon has the power to hypnotize other dragons and wizards just by flicking her hair.

Behold the majestic Aurora dragon, this beautiful dragon only shows its face in the Northern Lights. It is told that the dragon causes a beautiful light show during Spiecal times. Those that get a glimpse of it are said to be chosen for great things.

Look at these fierce dragons, believe it or not, these are one of the friendliest dragons around. They can be tamed by giving them a nice "warm" lava bath. They are also one of the fastest fliers in dragon history. Alas, only one brave wizard by the name of Proff. Von Ravenlauth has been able to cast an anti lava spell. Maybe you'll have more luck watching them soar through your park. Don't forget to tell visitors to bring flame-proof umbrellas!

Retrieved from "https://dragonvale.fandom.com/wiki/User:DragonTrainer53?oldid=1324623"
Community content is available under CC-BY-SA unless otherwise noted.