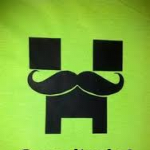 Hey everybody, I am a wizard in the Vale. I'll help out here with Dragon Track races, references or fixing typos where I can. You have a good chance of finding me in the comments as well.

Here is some info about my park.

Playing Since: I have no idea, about at the end of Frozen Floe during the Faire

First Limited Epic: Midday Dragon, but that one was bought during the Faire. The first one I bred myself was probably Sapphire

First Epic Dragon: Midday, but was bought during the Faire. First one I bred myself: Gold Olympus Dragon

First Limited Dragon: Midday, but I bought that one during the Faire. First one I bred myself: Probably Sapphire

First Opposite Hybrid: Ironwood, I think

Islands: 12 (counting Lost Islands but not counting Gemstone Island, Perch of Kairos and other islands you cannot build on)

Saddest thing: I keep confusing Shimmer dragons with Tidal dragons, probably because I named my Shimmer dragon Tidal (I don't confuse Midday and Summer though, even though my Midday is named Summer)

Least favorite dragon: Of course this is the Aurora Dragon, such a fail...

Least favorite Opposite Hybrid: Plasma Dragon, used to be cute as a baby but since the update that changed the Primary dragon looks it became ugly...

And here's my dragon checklist.

Note:This may not be up-to-date. I do not always update it immediately after I get a new dragon. And if a new dragon is released, I sometimes forget to add it to the list, which means the wiki automatically says I don't have it. Example:I included Dawnbringer on October 17 2016, yet I have it ever since it was released.