The standard islands are laid out in a grid that can be used for planning. 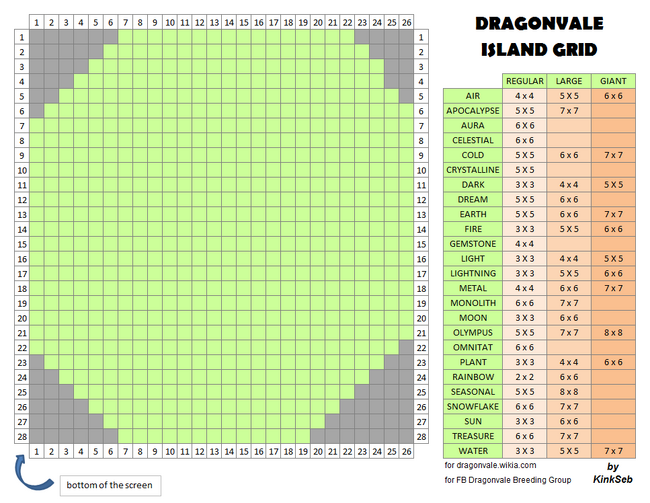