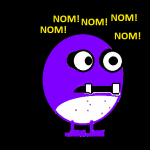 I apologize for any missed questions or updates recently. Real life has taken over and I must focus on that for the time being, I will do my best to check in from time to time and do what I can if I can.