Each player's park is made up of individual islands that provide land used for buildings, habitats and decorations.

Development on the islands is impeded by obstacles in the form of bushes, trees, and rocks of varying sizes. These can be cleared for a price, but larger objects are more expensive and takes longer to clear. Unlike other structures, obstacles cannot be moved, but can only be cleared.

At the start of the game, players are given one island, but additional islands can be unlocked at later levels to allow even more space for buildings, habitats and decorations.

The standard islands are identical in size and shape, though they each start with different obstacles. Each additional island, up to and including the 10th, is formed with obstacles that are more expensive to clear than those on the preceding island. Clearing the 11th and 12th islands is less expensive than clearing the 10th.

The Epic Breeding Island is used to breed dragons, and the Gemstone Island serves as a habitat for gemstone dragons whereas some event islands such as the Rift Island, was home to the Tines of the Scar, Light Vestige, and the Dark Remnant before it expired on November 20, 2013. 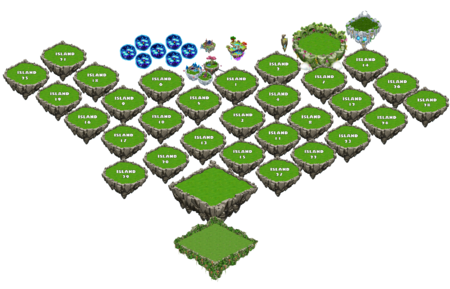 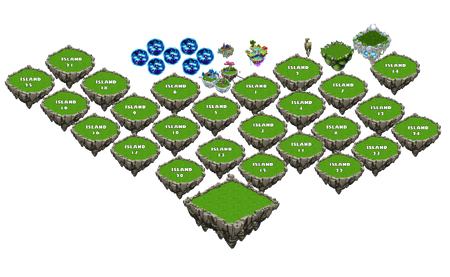 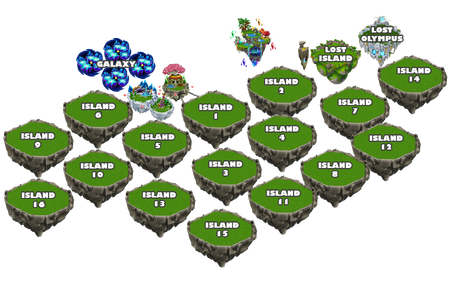 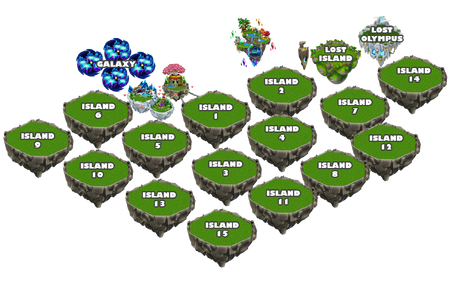 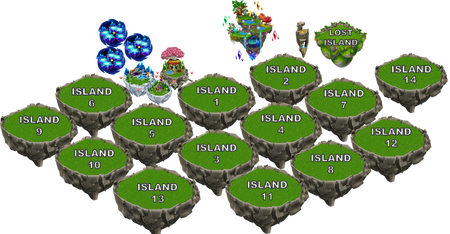 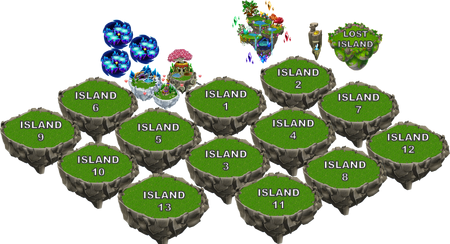 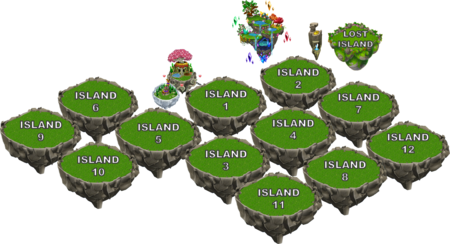 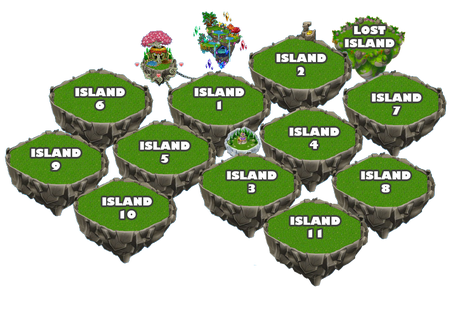 Retrieved from "https://dragonvale.fandom.com/wiki/Islands?oldid=1670834"
Community content is available under CC-BY-SA unless otherwise noted.