Galaxy dragons can only be bred through cooperative breeding.

The cooperative breeding must be performed at the Cooperative Breeding Cave.

Each of these dragons has a very low chance of being bred.

The chances of each of these dragons being bred are lower than the other dragons in the game. 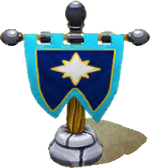 Retrieved from "https://dragonvale.fandom.com/wiki/Galaxy_Dragons?oldid=1681879"
Community content is available under CC-BY-SA unless otherwise noted.